Another partner of the European Championship Muaythai 2018 is Vegan Fighter, NGO project with leading motto Respect to people and animals. 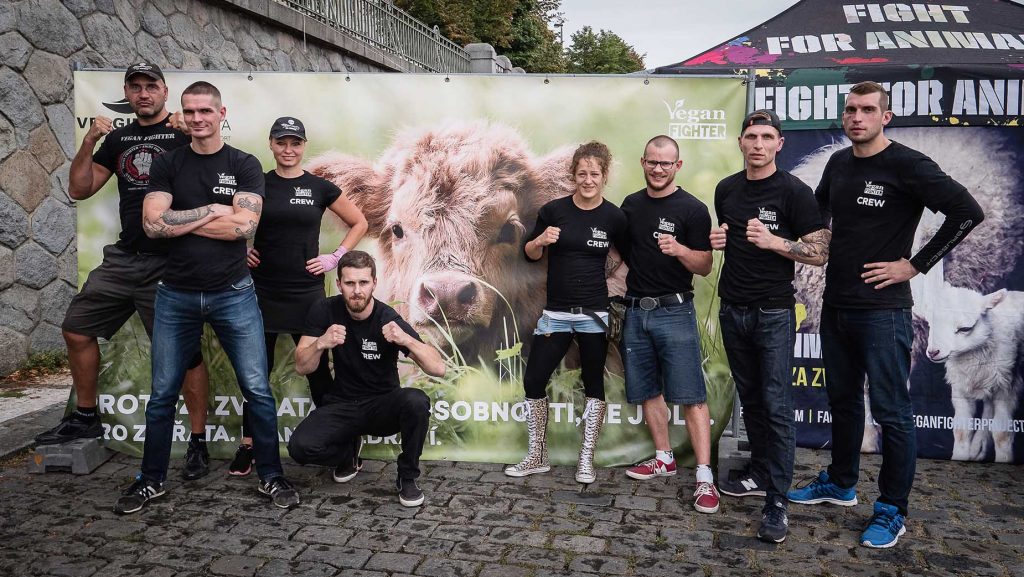 Since the year 2010 Vegan Fighter has been uniting professional and amateur athletes, who decided to become vegan for either ethical, training, health or ecological reasons. The trend of a plant based food in sports is growing very fast nowadays and Vegan Fighter is a project, where the athletes can get inspired in how to eat nutritionally healthy, how to train and even fight in a vegan way.

And not only in amateur, but also in a professional way. The founders and the Vegan Fighter Crew fight in a ring or octagon and many of them under Czech Muay Thai Association.

Vegan Fighter also organizes the European biggest and one of the biggest in the world open-air vegan events Veggie Náplavka. Thousands of people get inspired to ethical and healthy lifestyle in the very centre of beautiful Prague two times a year.

The fighting sports are presented in exhibitions and trainings with the visitors there.

The Co-Founder of Vegan Fighter Iva Linda Maruščáková, vegan for 20 years, National C.M.T.A. winner, says: „Our personal reasons for being vegan is the empathy for animals, which we consider as unique personalities, not food.

We are truly honored to be partners of such a great and prestigious event. We also really appreciate the support of Czech Muay Thai Association and namely C.M.T.A. president Petr Ottich, to issues of respecting people and animals.“

Another Vegan Fighter Crew member, Jan Müller, the World WKA Champion, meatless for almost 30 years, adds: „The plant based food is becoming more and more popular choice for trainings of the pro-fighters in all disciplines all around the world. We would like to be an inspiration also for the visitors of the European Championship Muaythai 2018 in Prague. Visitors can meet us in our Vegan Fighter stand, where we will be providing consultations on vegan nutrition and sport supplements.“